So a friend's birthday was coming up and she requested that I make her a sunhat!
Originally she had suggested a pattern which was crocheted and was for babies and was in russian or something.  So I suggested this pattern instead, which was knitted, for grownups, and in English! 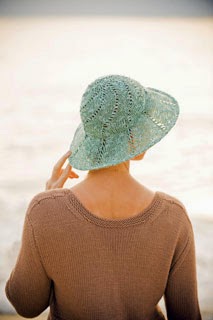 The knitting went very well, all fine and done in a day and a half.  The problem came when I had to find the millinery wire for the brim.  Lincraft had NO millinery wire, so I bought some stuff called "memory wire".  When I got it out of the packet it was just like a slinky and didn't want to straighten. This is what happened when I tried to straighten it and put it in the brim: 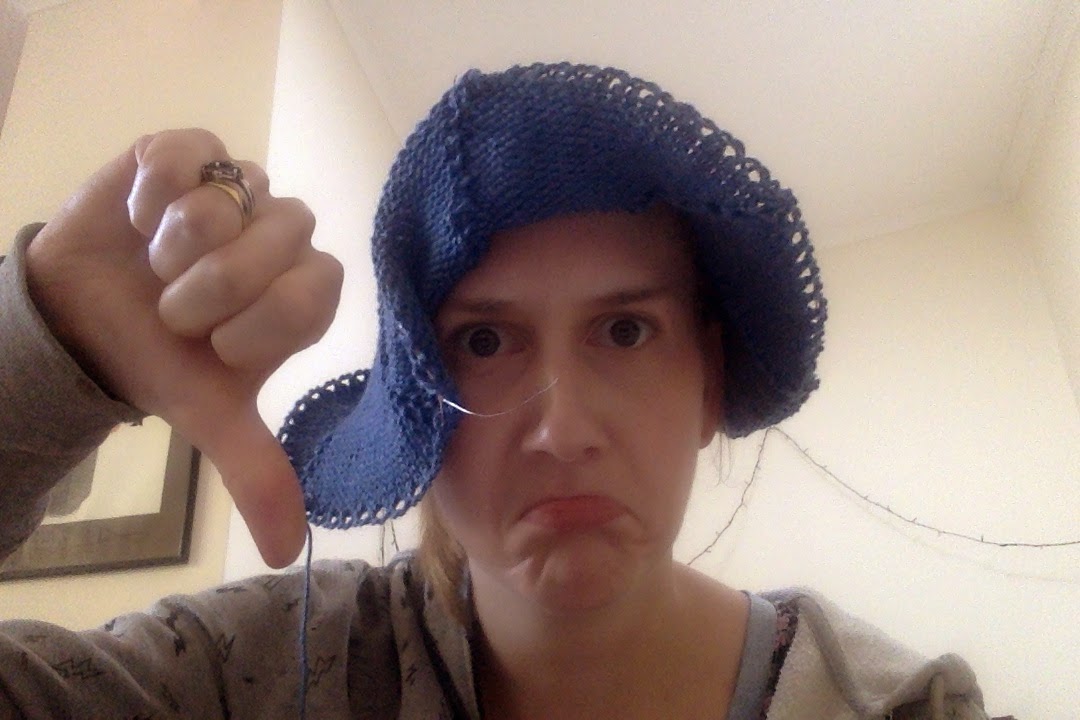 Obviously not working.
So I went to my parents' house and dad had some wire leftover from some other project.  After straightening out it worked out ok.  So it's done! 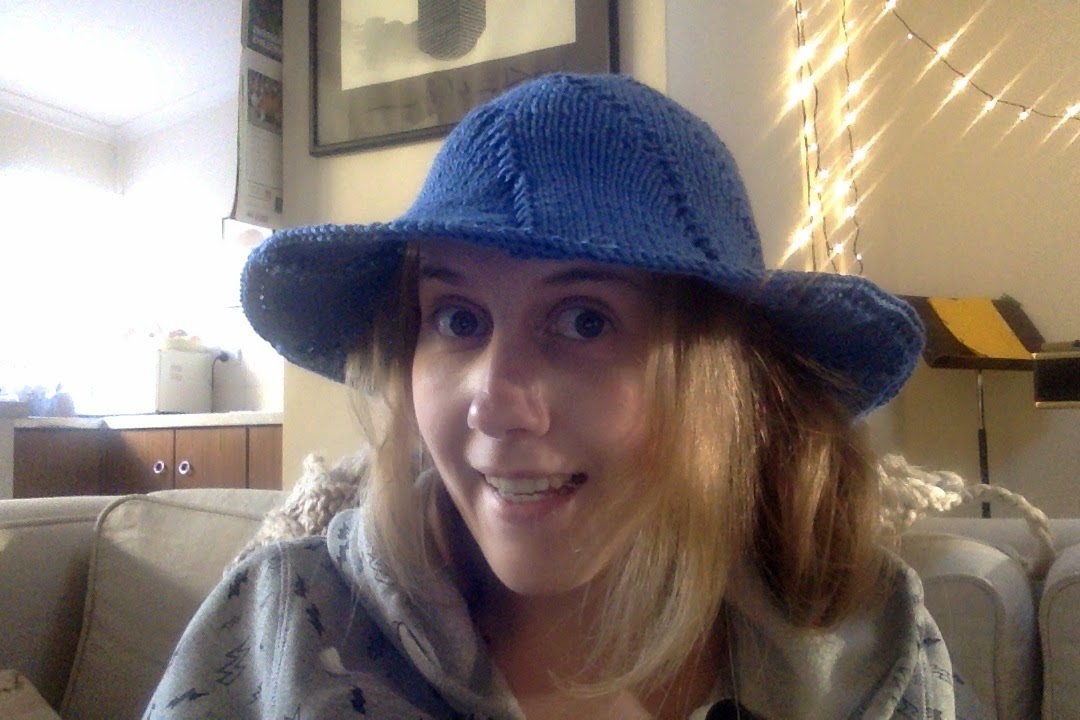