So I wanted a quick knit after my stupendous effort on the last cardigan.  I have wanted the Miss Marple scarf for ages and I had this lovely yarn, so I made it! 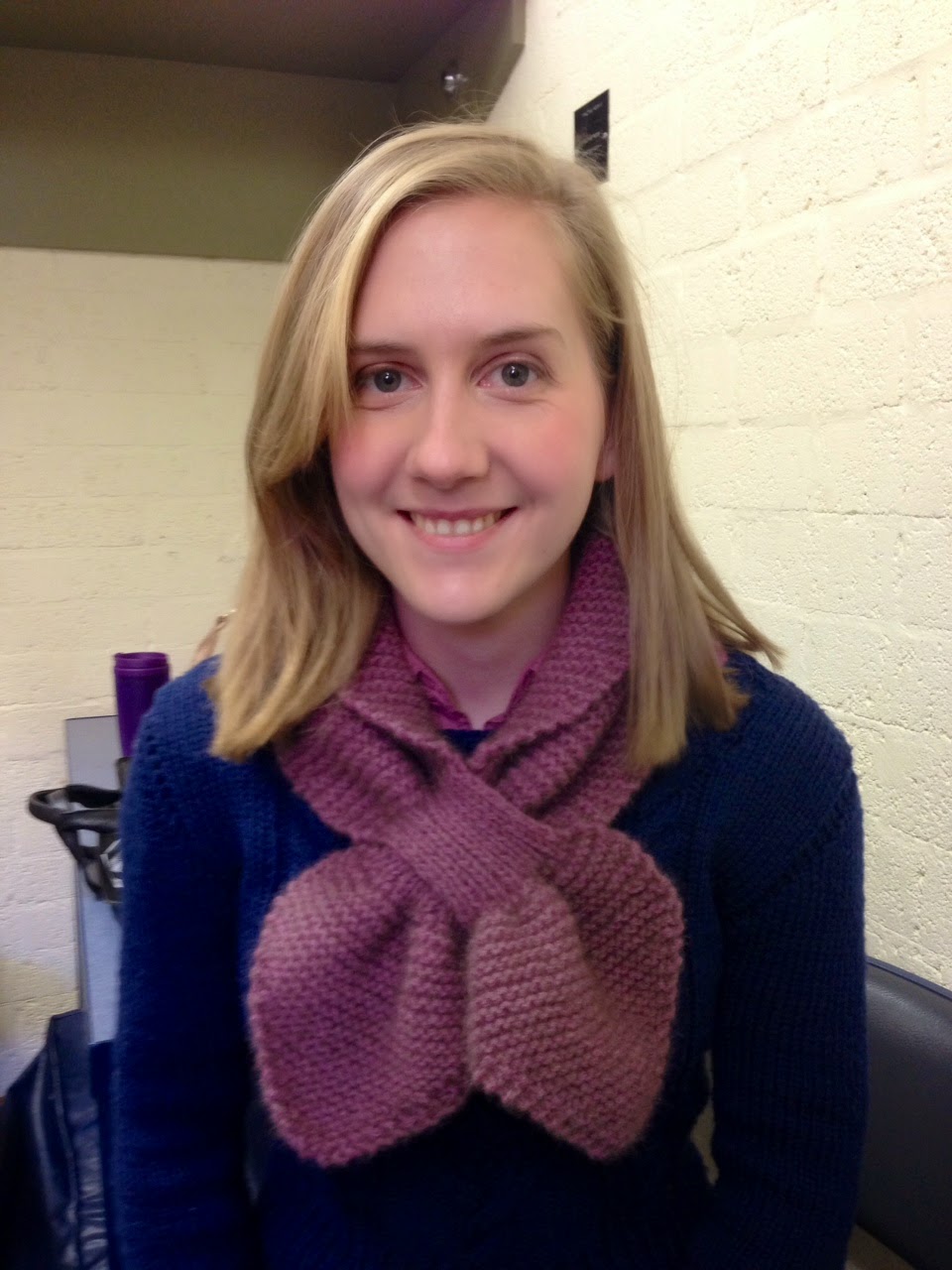 I only have the one photo.  The yarn is my Touch Yarns and it's a merino/possum blend.  It's so incredibly soft and bouncy!  Since  I only had the 4ply I had to double it up, which worked well and I only have a few little scraps left.
Here in Australia it's illegal to kill possums as they're a native species and are protected.  This yarn is from New Zealand, where the same breed of possum is a huge pest.  So... I'm helping the New Zealand environment my knitting their possums! 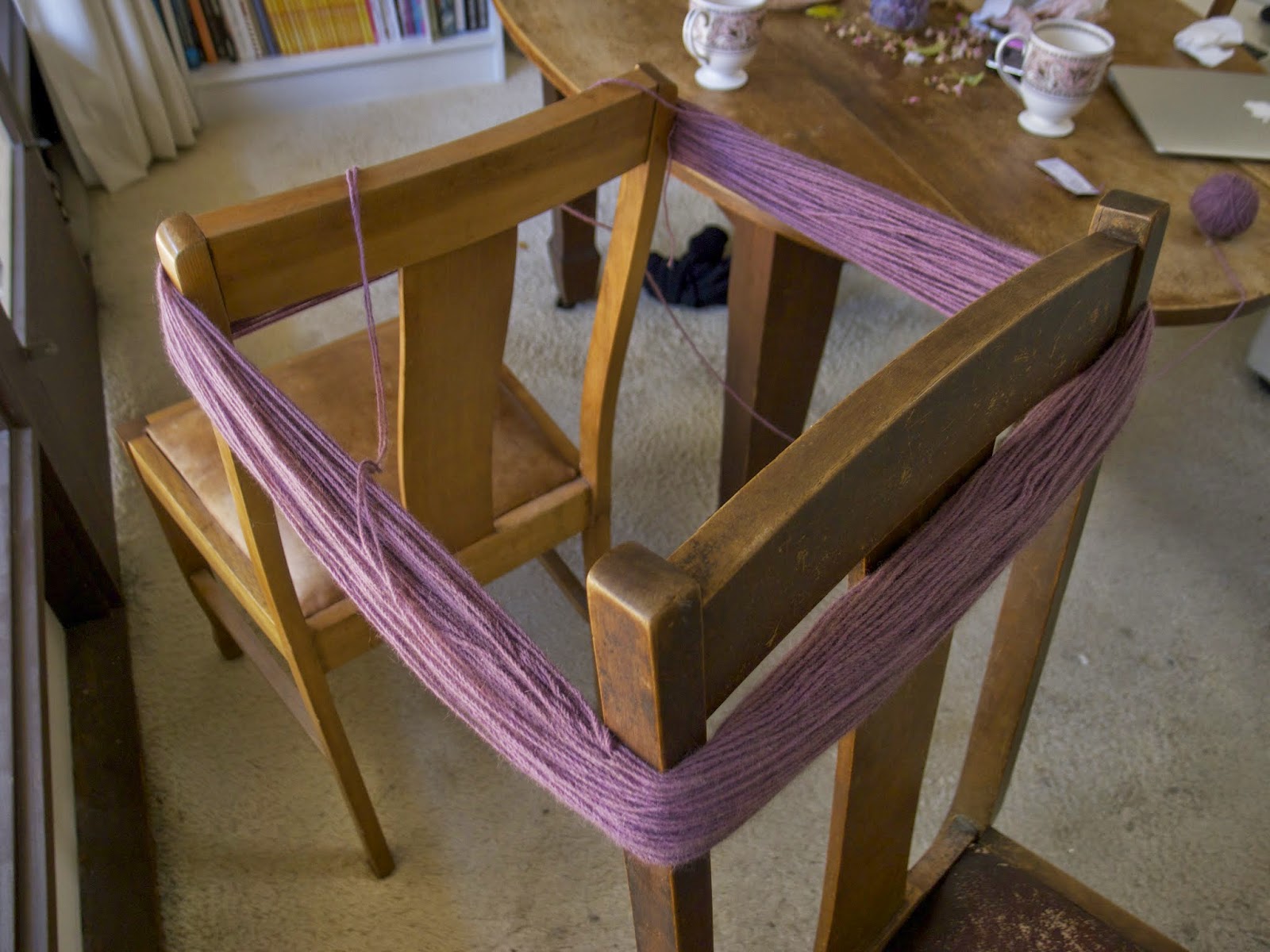 It was my first time balling up a hank of yarn. 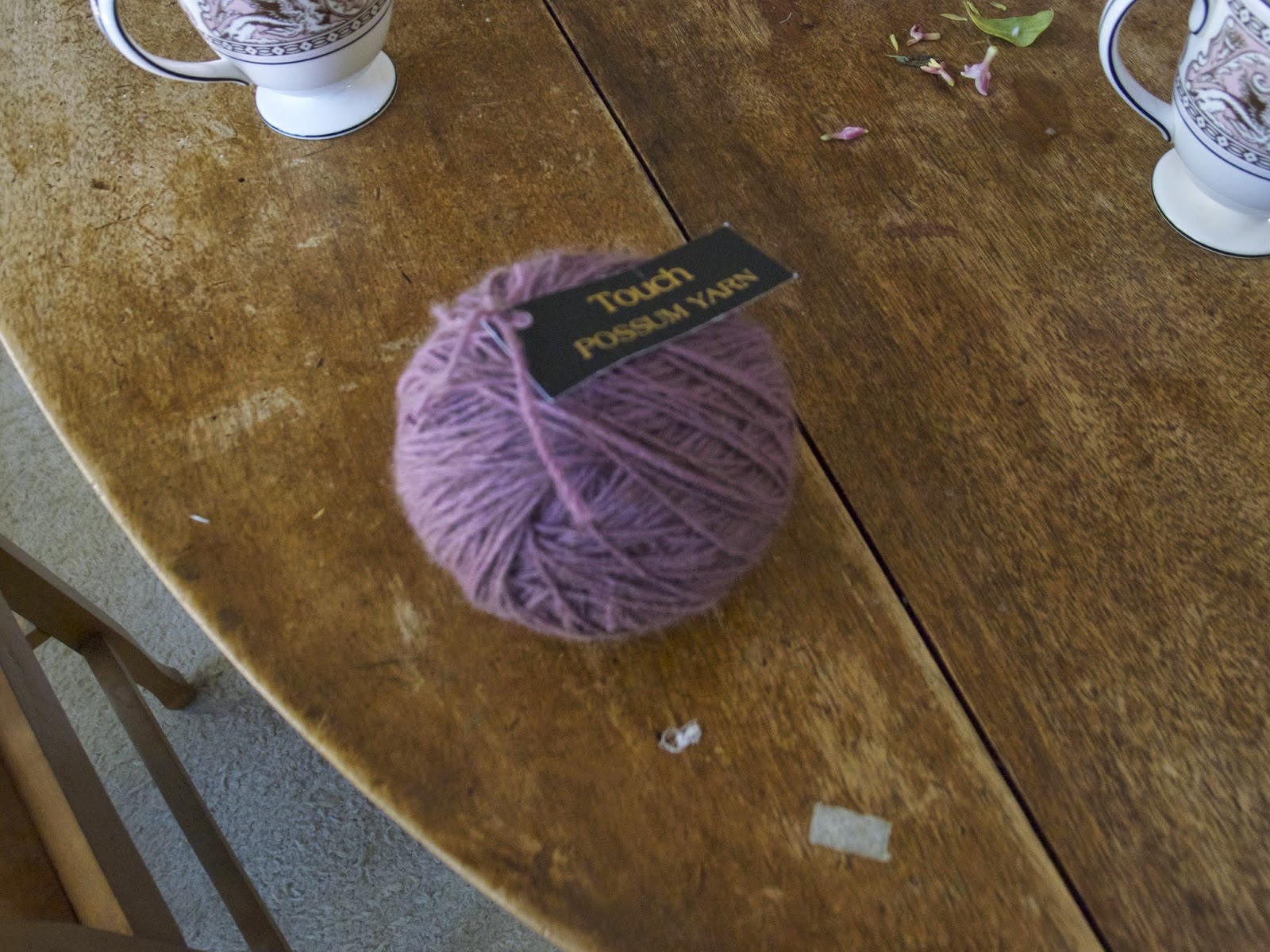 I was concerned that I wouldn't have enough yardage for the whole scarf, so I knit the two ends separately and then grafted the scarf together in the middle.  It's invisible and I had plenty of yarn!  In fact it might even be a smidge too long now - it has stretched!  I'm washing it now and I've tried to make it a little shorter again in the blocking process.

I love the way this scarf looks folded over like a collar!  It's such a tricky design with the little slots you poke the other end through.  I've pretty much been wearing it nonstop!