Here is my first significant unselfish knitting project - and my first fair isle project - a jumper for my husband Charles.  He was getting jealous of all the lovely new knits I was getting and asked me to make something for him! 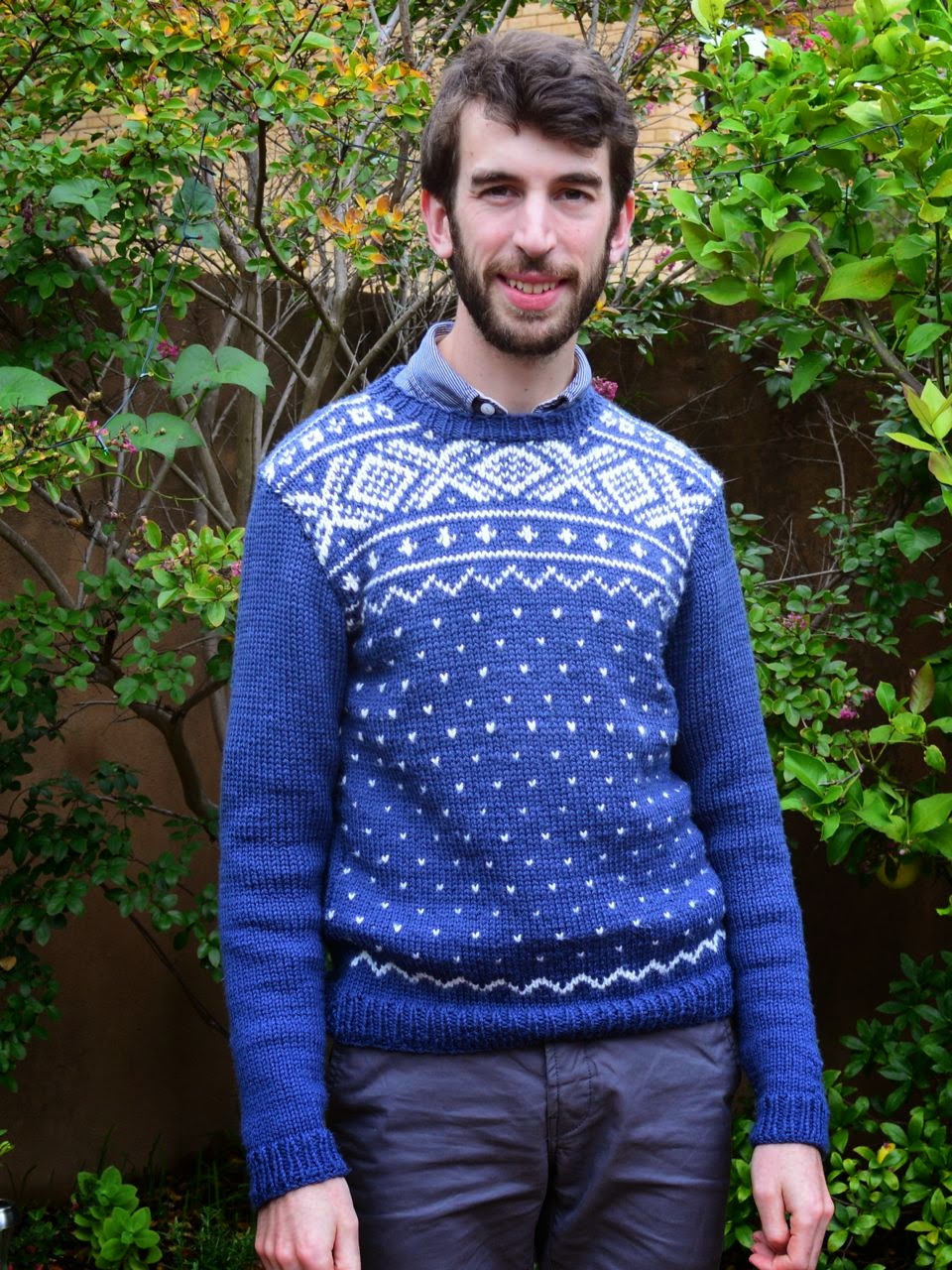 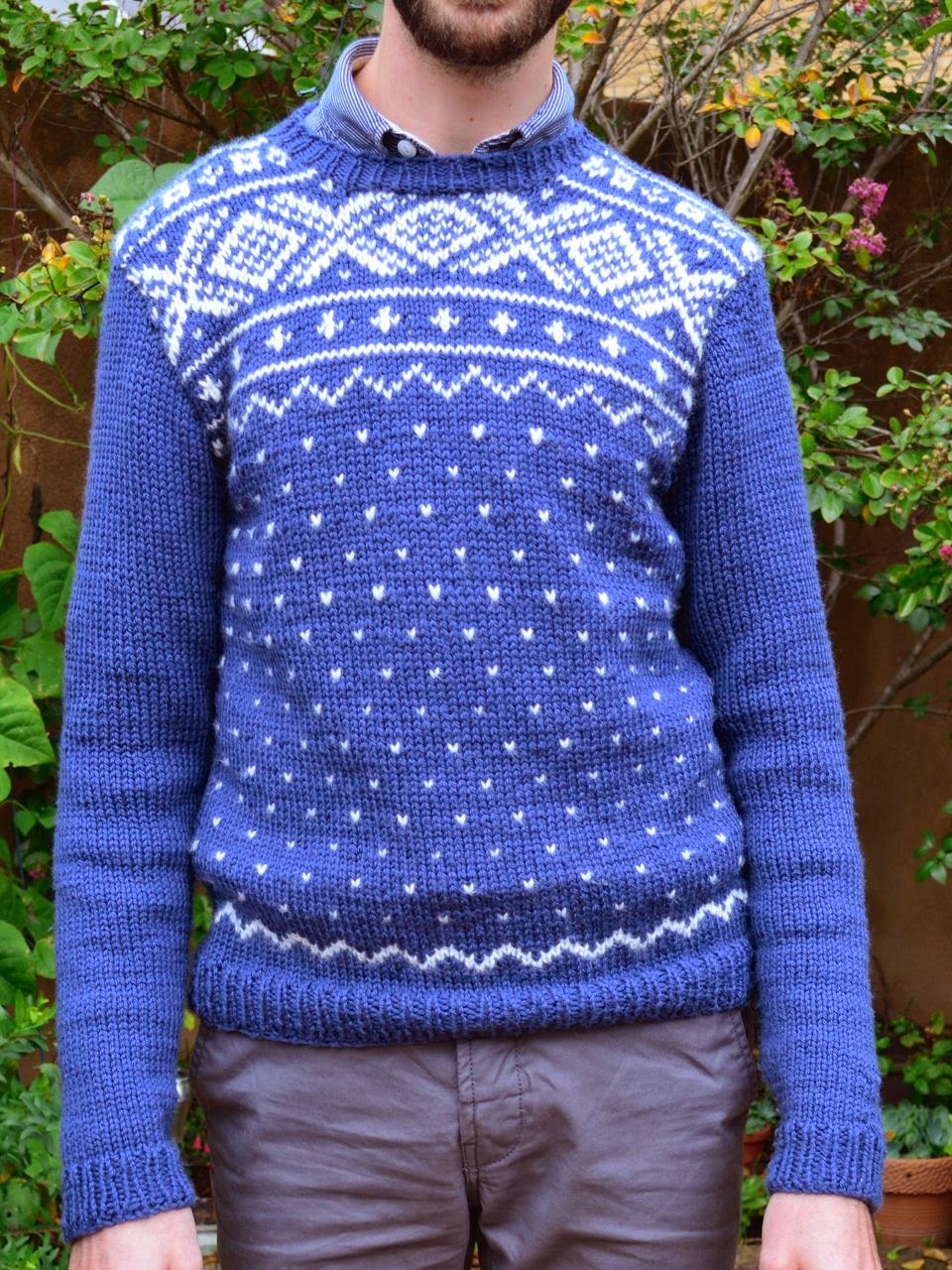 I am pretty happy with how this turned out, seeing as it was my first attempt at fair isle.  Knitting fair isle itself isn't hard, it's just a little annoying to have to weave in the unused yarn so it's not too loopy at the back.  I ended up with some very tangled balls of wool! 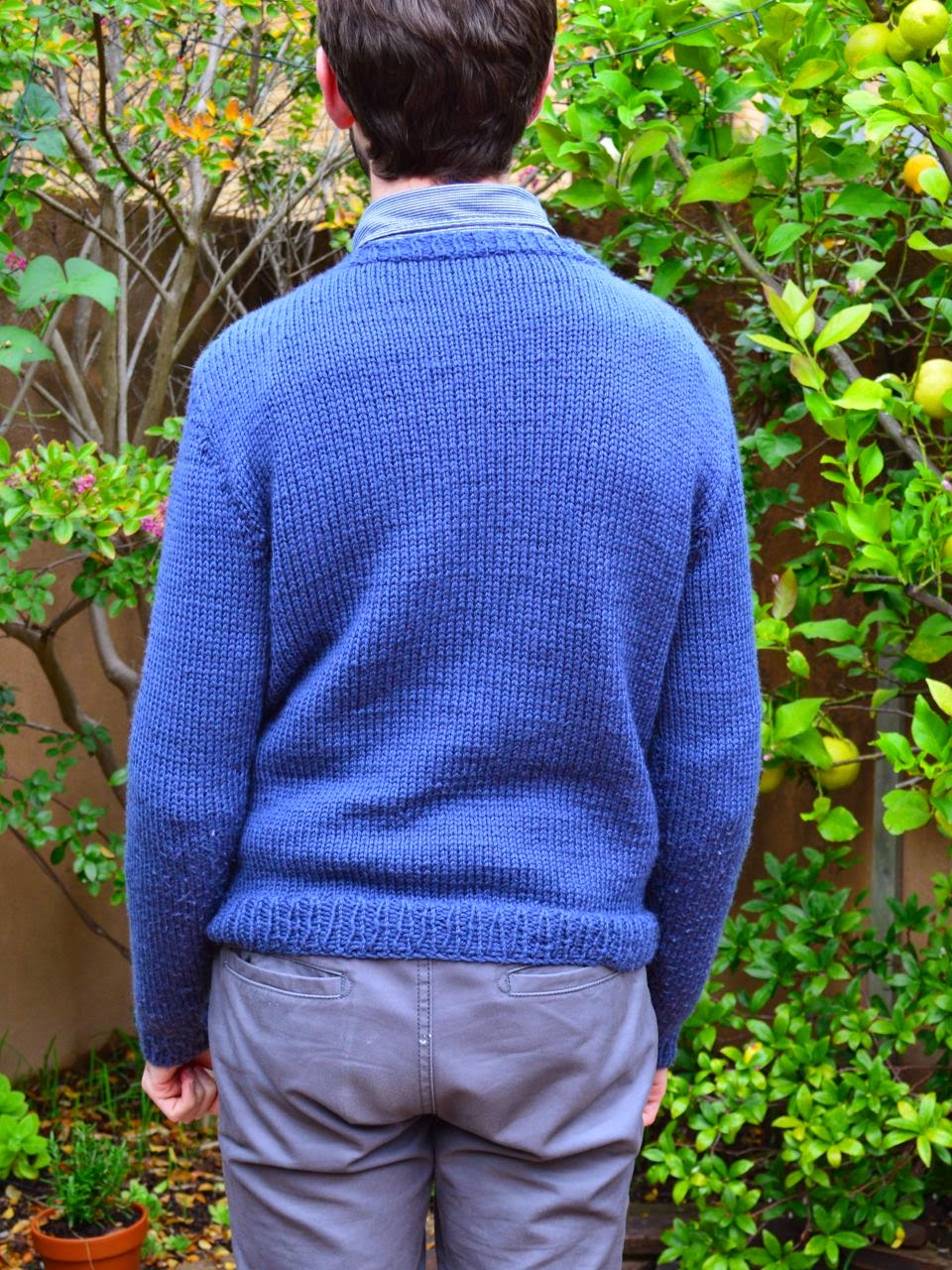 Charles really likes his new jumper, he wears it a lot!  But beware this pattern!
I did have to make some heavy modifications to the pattern.  I cast off the underarms where written, but stopped for the neckline much sooner than the pattern indicatd.  Charles' arms aren't as wide as his entire chest, you see.  I also re-did the neckline because it was too loose.  It's all detailed in my Ravelry notes, but it was a bit of a headache making it sit right. 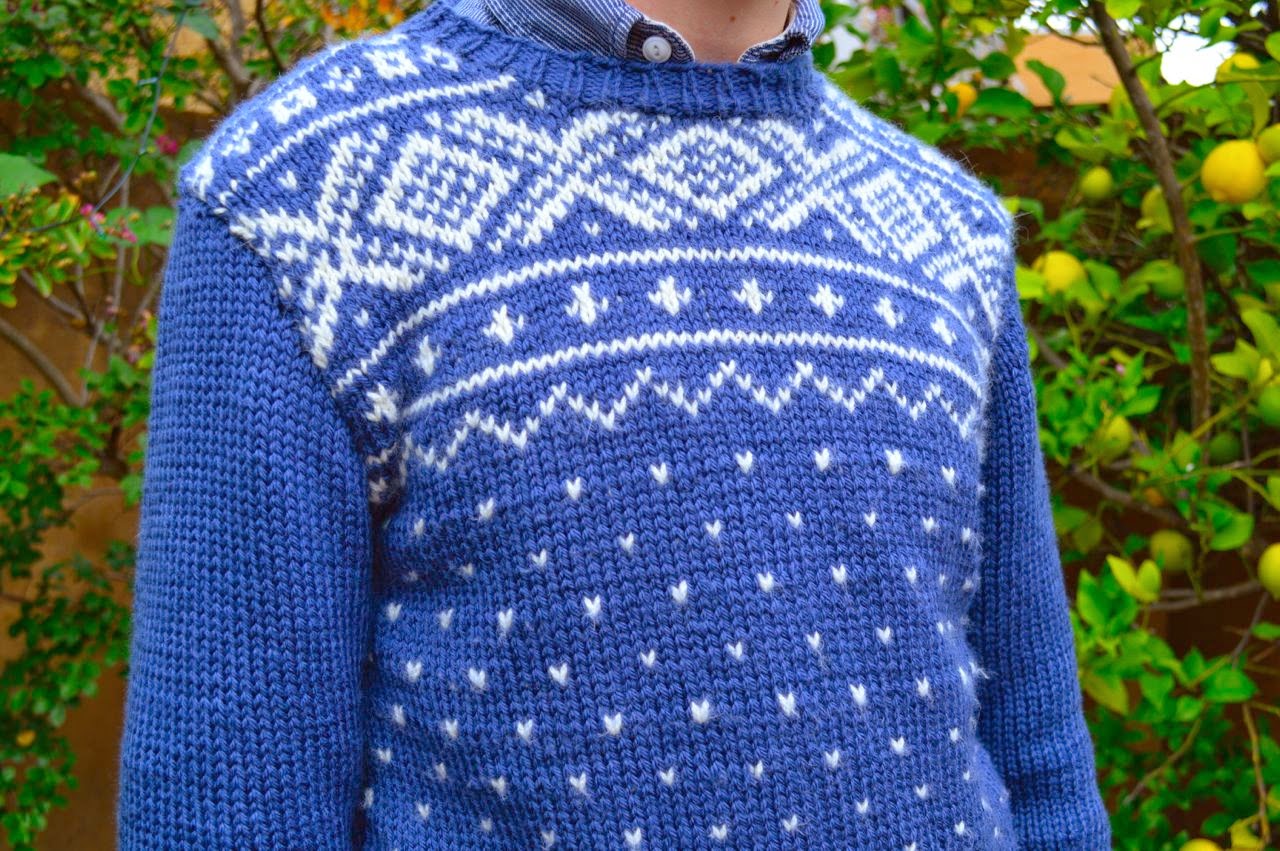 When I first sewed in the sleeves, there was a huge amount of bulk at the front, so I re-did the sleeve heads to be smaller and also tucked in a little of the front armhole when re-sewing them together.  Now it works pretty well! 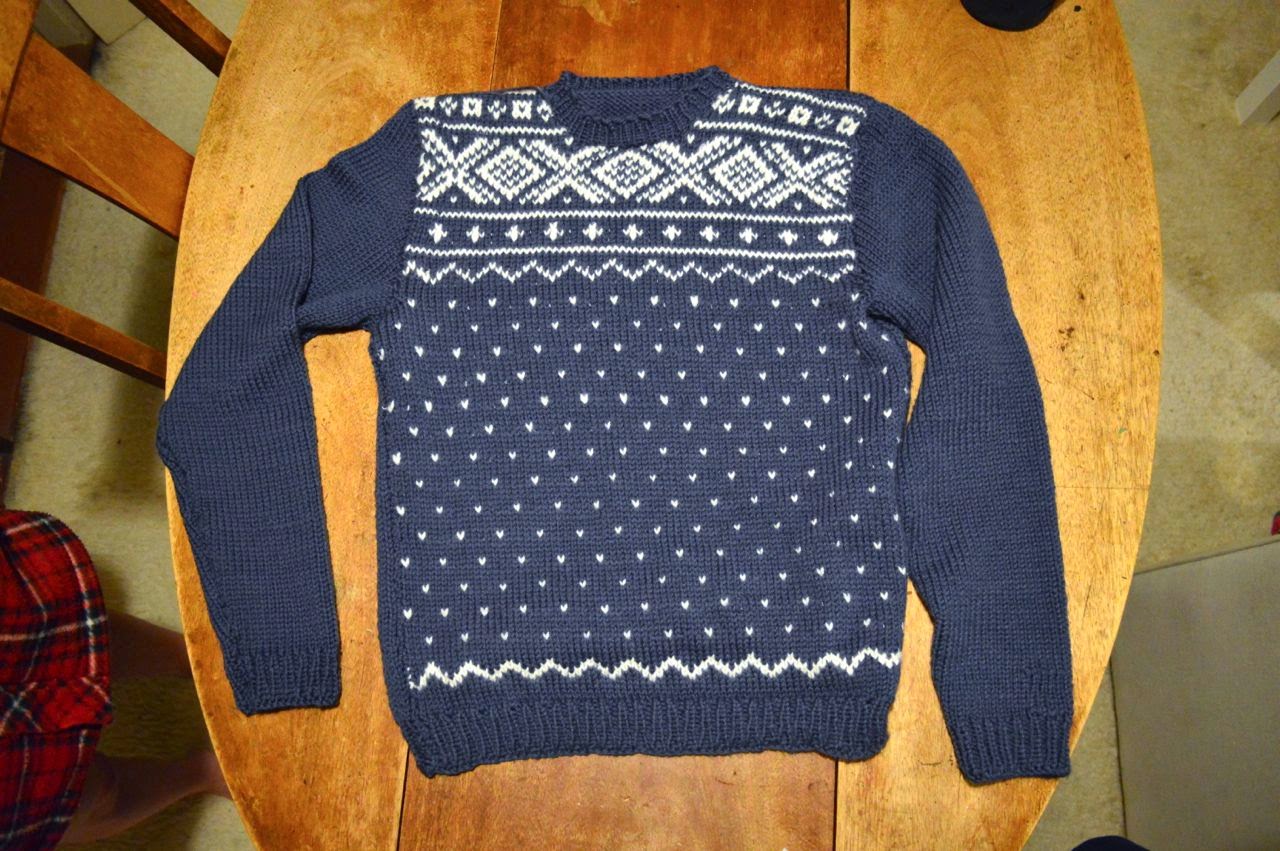 It is crazy hard to get a good photo of these colours!  It's a denim blue, quite muted in real life.  In photos the white tends to be overexposed which changes everything! 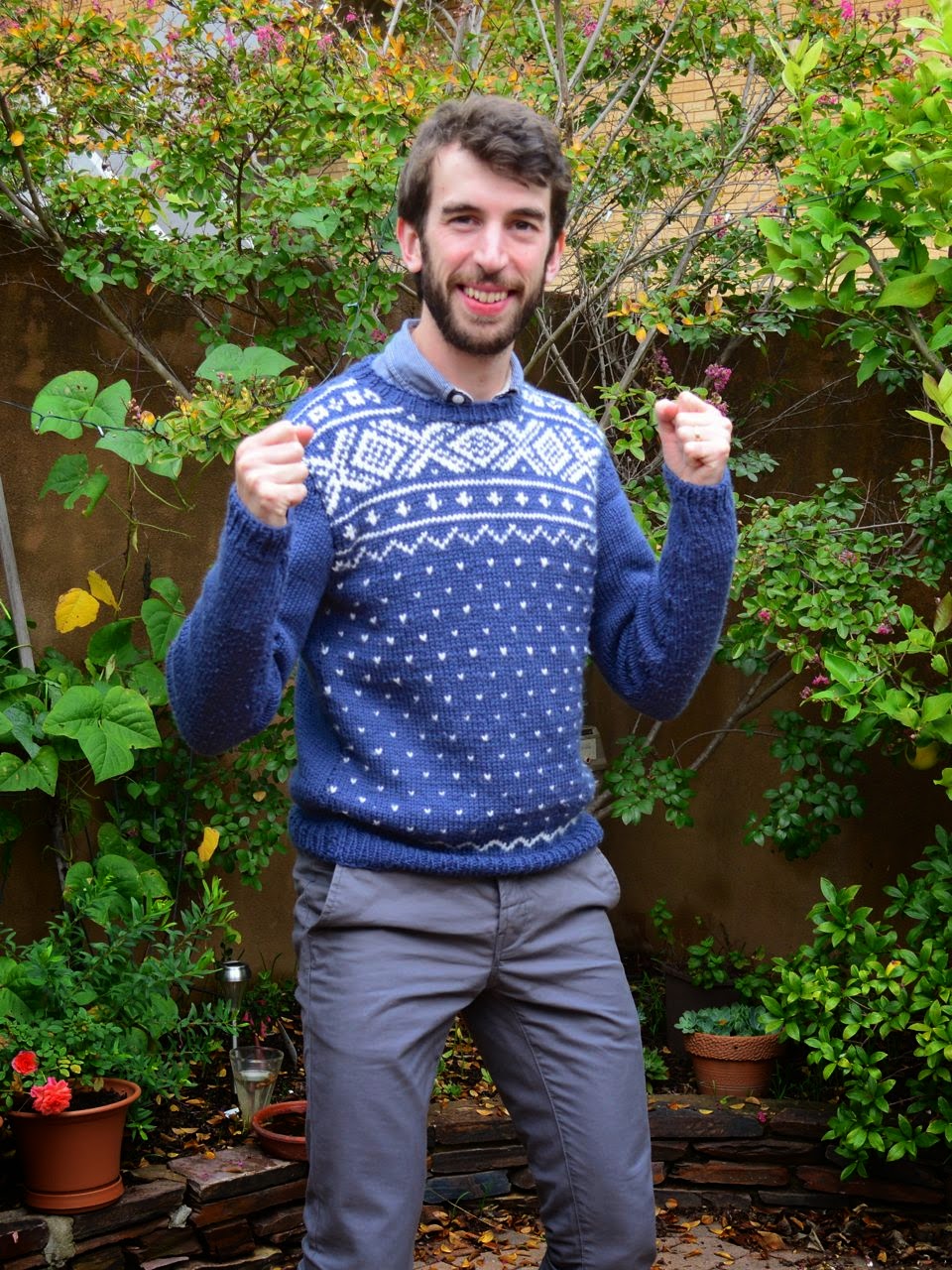 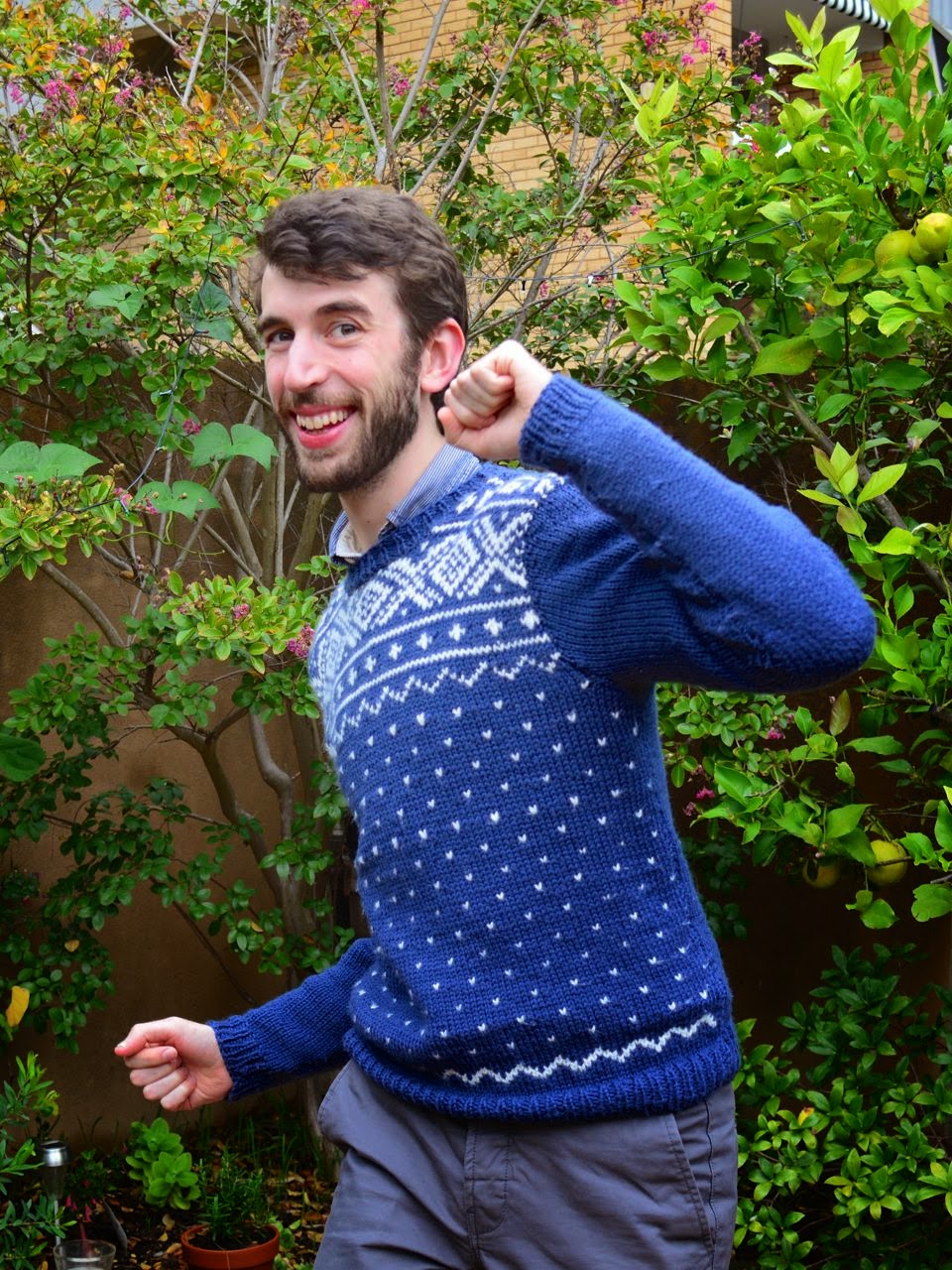