We were there at YouAreHere

So on Friday the 22nd of March we had a fun Sticks and Tones gig as part of the You Are Here festival.  You Are Here is a fun Canberra arts festival that runs every year around this time.  They have theatre, music, art, dance, writing, poetry, you name it!
Our concert was a lunchtime concert in the old Fletcher Jones building in civic.  Sadly, Fletcher Jones (an Australian clothing company) closed last year. But it left this large shop space which was the You Are Here HQ.  They blacked out the windows and set up a stage and lights, so it was like a real exciting night time gig at a venue!  Here are some photos that people took at the festival (taken from Facebook). 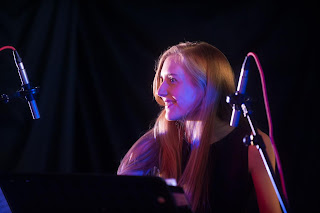 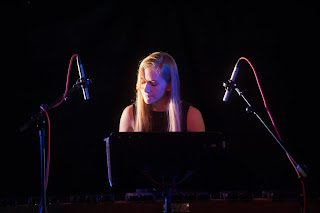 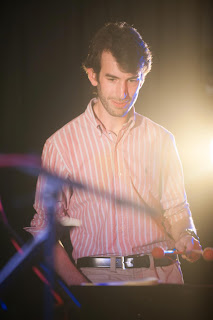 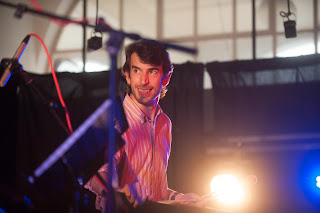 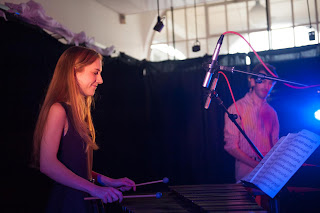 These people with their big zoom lenses only got one of us together!

After us, another great band called Fun Machine played and it was super rad.  We were also interviewed by Woroni (the ANU student newspaper) and the sound file can be found here.  Unfortunately they didn't get any footage of the actual gig!
We had such a lovely time!  We've never had such an appreciative audience, they clapped and whooped the whole time!  We really felt part of the scene and actually popular for the first time ^.^