Most popular month ever! And Sellotape wallet!

I just found these old photos of a wallet I made from wide sticky tape and some electrical tape. 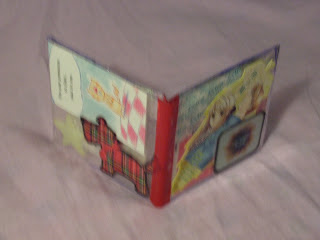 I encased various things I liked in the walls of the wallet. 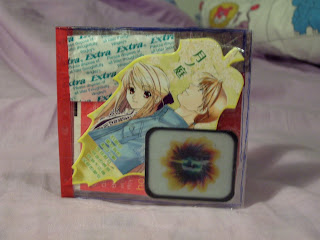 First I decided on the pattern of things to put in the wallet. Then I made a rectangle of tape with each strip overlapping a bit.  Then I put the items on the tape and stuck them down.  Then another layer of tape was put on top to seal it in.  I made another one the same way.  Then I made them into a kind of envelope, using the red electrical tape to hold the sides together. 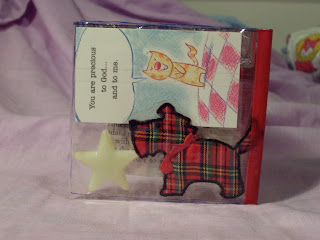 I also made a little card window on the inside where I could put my licence.  I put printed out photos, a nostalgic movie ticket, lolly wrappers, a scotty dog iron-on transfer, a glow in the dark star, an old bookmark. 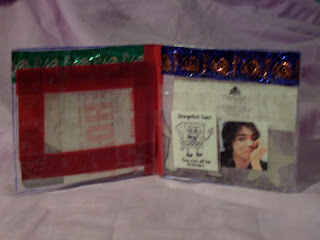 This picture (sort of) shows it with some cards in it.  This was when I was like 17 so I probably didn't even have a licence.  But I did have a library card and a McDonald's voucher! 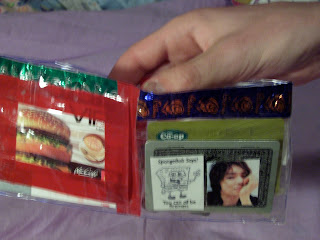 I'm working on some other projects, some tutorials, some sewing things, and I'll get them up shortly.
Email Post
Labels: craft