Today is Halloween!  We thought it was no big deal in Australia, but we were visited but a whole bunch of kids!  Two of whom were our own students who now know where we live!
So I rushed up to the shops to buy extra lollies (we had some but were running low), and popped on my creepy makeup!  I'm not exactly dressed as anything for Halloween (my Starfleet officer uniform fell through as I couldn't find a jacket I thought I had), so I'm going for gothicy-creepy-but-it's-too-hot-for-a-blouse. 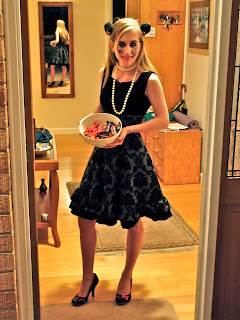 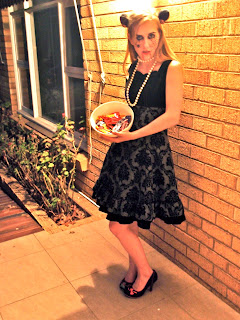 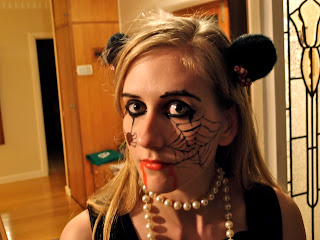 For my makeup I just used a liquid eyeliner to draw on a spiderweb and a spider.  This was my makeup when we took outfit shots... 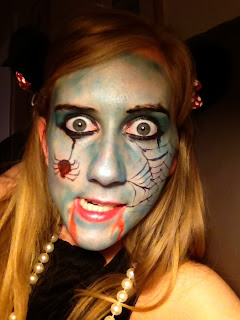 And THIS is my makeup after I did some extra!  I just used one of those eyeshadows I don't like much to paint my entire face blue.

And here's an old photo of me in this dress and a black blouse.  Someome's party years ago. 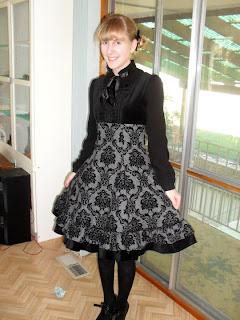 Well tomorrow I might have a well-earned day off!  But then I'll post the last dresses in a few days!  I have five more to go: my Emily Temple Cute dress, two Victorian Maiden OPs, a spotty dress from London, and a dress from Cue.  So how many is that altogether?  Gosh.
Email Post
Labels: dress frocktober outfit