Skip to main content
Labels
Posted by Chrissy May 20, 2011

I used to be an absolute dag.  I didn't care about clothes or appearance at all.  My clothes were all bought for me, and although my mum is extremely stylish, I was fairly stubborn.  I refused to wear skirts or the colour pink.  I just didn't care.  When boys started coming on the scene though (well, the one and only boy) I started to pay more attention to how I looked.  Problem was, I still didn't have much taste!  My favourite item of clothing was a pair green wide-leg trousers with patches on the knees and embroidery on the pocket.  You would never catch me in high heels!


I continued being a total dag for many years.  I had (and still have!) a boyfriend who loved me anyway, and I could scrub up all right if I made an effort.  I had grown some taste in fashion but still didn't put much effort in on a daily basis.  Cardigans and jeans daily.  Gross hair.  Weird t-shirts.


When I went to Japan at the end of 2008, it was a real eye-opener.  There are seriously NO dags in Japan.  When I look at my trip photos, my evolution over those 3 weeks is astounding.  I discovered Lolita, having never really considered it before, and bought my first blouse and skirt from Bodyline (the blouse was so ita I reconstructed it last year, but the skirt is still a winner).  I also bought a buttload of magazines (hair, lolita, regular fashion) and clothes and a really nice winter coat, makeup, plus a couple of pairs of shoes.  I even got a cute haircut with a fringe!  I think that going out every day and seeing how beautifully people were dressed made me want to fit in, that really did it for me.  At home in Canberra it's okay to be a dag!  In Japan it's not done.
So on my return I started trying harder to look good.  I started wearing skirts with tights instead of only jeans, and I kept my hair looking much nicer.  My second trip to Japan really cemented my idea of how to dress well.  I'm not saying that I dress perfectly now, or that my style won't change at all.  It's constantly changing!  All I'm saying is that now I'm way more aware of how I dress and look.


Here's my style evolution over the last few years in 9 photos! 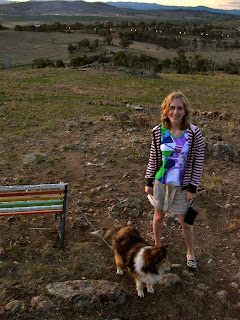 This is probably from about 2007.  Walking my beautiful dog in a TERRIBLE coord. 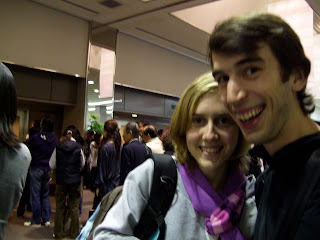 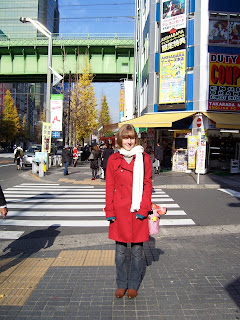 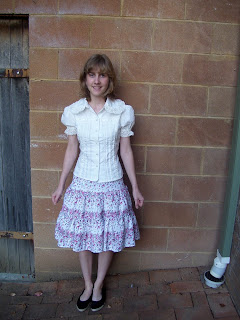 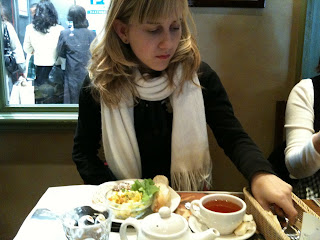 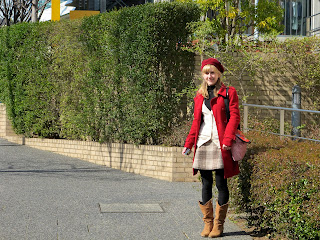 Looks like I bought a beret!  First photo of me in tights and a skirt. 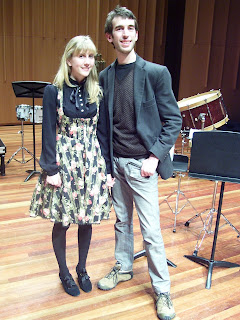 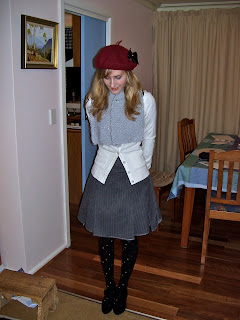 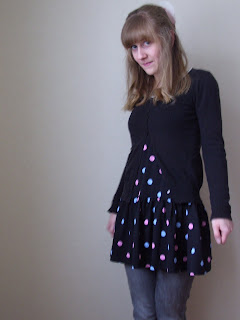 Early this year in Sweden, wearing my new Milk dress!  Quite a change from the first photo, but more casual than most of my other recent photos.
Well!  This blog is kind of embarrassing!
Email Post
Labels: blog fashion life