Today I went for a walk on a river. 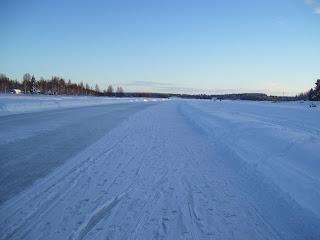 There are cracks in the ice, but they only make you realise how thick the ice is - some cracks you could see down a metre at least.  I think there must be no flowing water in all of Sweden. 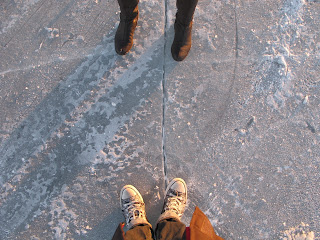 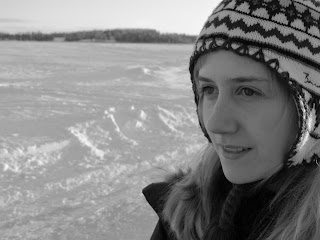 We packed a picnic lunch not really knowing where we'd eat.  Obviously every picnic table ever is covered in a foot of snow and is inaccessible.  So Charles just sat down on the ice to eat delicious biscuits and drink delicious coffee!  He even stuck his thermos in the snow.  I thought he was super cute. 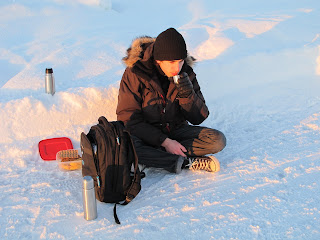 Later, he lost his beanie.  Aww.
There were lots of people walking their dogs on the river and I saw a Sheltie that had eyes just like Titan.  He came up to me and I patted him.  Then I turned away and cried!  It was weird!  But sort of lovely?
The river wound into town, so we had a chance to go to the big supermarket!  We bought SO MUCH food and then had to carry it 45 minutes home.  I made a delicious pie so everything is right with the world.
Here's another youtube video I took of our adventure!
This is a crazy alien world!
Email Post
Labels: sweden