I found my old film camera in my cupboard yesterday.  I thought it had no film in it but it DID, an almost finished roll.  So I took it to the camera shop to get it developed.  The camera leaks light, and I also opened the back for about a second.  It was almost dark in my room!

I hoped that they wouldn't be totally ruined, but only ruined in an arty way. 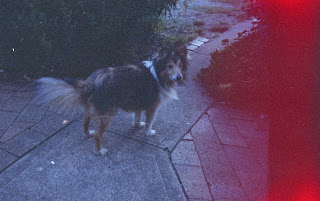 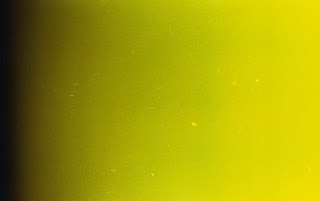 I'm actually quite fond of this yellow picture.  What's going on there?
Email Post
Labels: photography